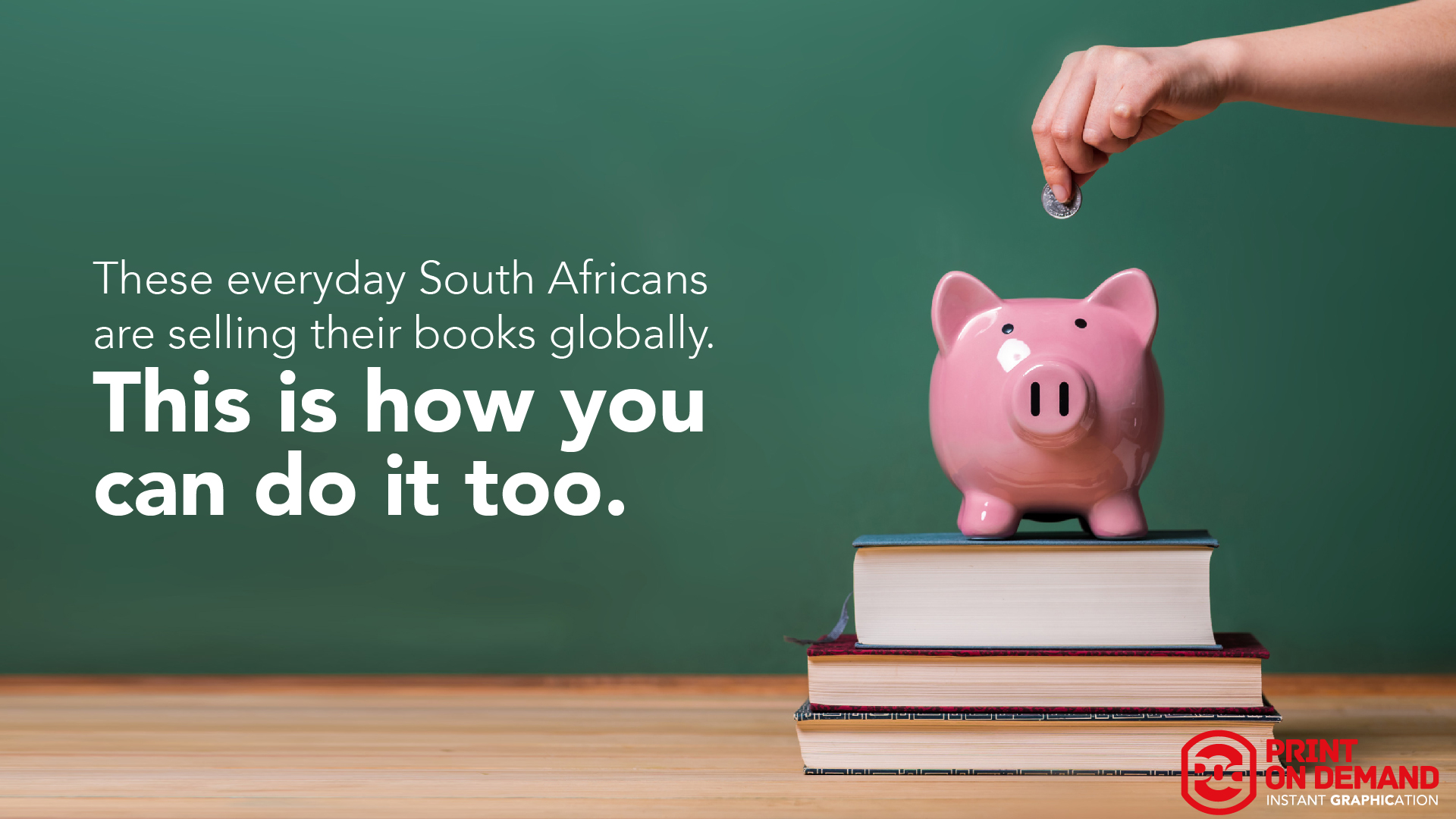 These everyday South Africans are selling their books globally. This is how you can do it too

Self-publishing of print and eBooks is rapidly increasing in popularity with South African writers. And it's not just the well-established authors who are doing it – first-time authors are now also discovering that to publish a book is not just a dream, but much simpler than they could have hoped for.

Local fiction authors who have followed the self-publishing route – even if they weren't so keen to do so in the beginning – have found it rewarding, both financially and emotionally!

Johannesburg author Janita Thiele Lawrence was initially not keen on the self-publishing route. Then she wrote 'Why you were taken', a South African science fiction novel and found it difficult to place with a publisher. She was told that sci-fi doesn’t sell in South Africa, and international publishers said it was too South African. After spending three years unsuccessfully submitting the manuscript to publishers she uploaded it to Amazon as an eBook and a print-on-demand.

Lawrence said she loved the self-publishing process, that it was exciting to control her own projects, and that the financial rewards were far greater than with traditional royalties.

In Lawrence’s experience, readers don’t care who publishes your book – only other writers do. She says the perception of self-publishing as nothing more than "cheap Kindle books with atrocious covers" is outdated.

It is costly to organize traditional books and producing exhibitions in South Africa, so DIY self-publishing becomes a catalyst for emerging artists to share their work in new, innovate and low-priced ways.#FridayFeeling

The independent author industry in the USA and UK is full of writers who are having substantial success self-publishing.

A tough question – how much of the first print run?

If you're going to go the print route, Johannesburg author Gareth Crocker advises starting off with a modest print run. “The last thing you want is a garage full of books that you can’t shift,” he warns.

Crocker’s debut novel, 'Finding Jack', was published in New York to international acclaim. It was translated into several languages and featured in eight volumes of 'Reader’s Digest Select Editions'. It went on to sell more than a million copies in its various formats.

Cape Town author Joanne Hichens shares this sentiment, preferring smaller initial print runs of 500 to 700 books. And as she is in effect earning 100% of the 'royalties', she needs to sell fewer books to make the same sort of money.

Lawrence says that with her book 'Why you were taken', she did not want to risk ordering a large print run, afraid she might end up with shelves of unsold stock. She chose print-on-demand, and now has more of a following and can judge by pre-orders how many books to print. This has made the paperback arm of her business much more profitable.

Distribution – a dream or a nightmare?

Having written a good novel means little if potential readers can’t get their hands on it. Lawrence says Amazon has made distribution "a dream for indie authors", with eBooks and print-on-demand paperbacks available all over the world.

This end-to-end print on demand service ensures that authors are able to market and sell their books before they print.

With Print on Demand, authors are able to access a global network of e-commerce and physical retailers around the world through the Ingram platform. In the USA, this includes Barnes & Noble, Amazon.com, Baker & Taylor and Ingram Wholesale. In the UK and the EU, Amazon UK, Bertrams Books, Ingram Wholesale and many more.

In addition to Ingram's print locations in the USA and UK, they also have locations in France and Australia, and also partner with print-on-demand suppliers in Poland, Germany, Russia, South Korea, Spain, Italy, India and China.

This allows local authors to reach readers worldwide without the administrative hassle of signing contracts with local printers, reformatting files or paying for shipping costs or import taxes.

Print on Demand also offers authors the convenience of currency exclusion. Print on Demand currently cannot exclude sales by territory, but they can exclude certain currencies. This is not foolproof but is an option for authors who want to exclude sales in certain countries for whatever reasons.

The distribution service offered by Print on Demand has several benefits:

So, what are you waiting for? Get that book published!